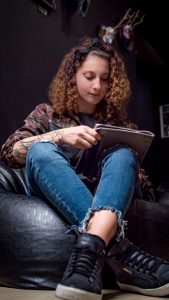 Bilyana mavrodieva (Bibilyana) is a Bulgarian tattoo and fine artist from Varna.

She currently resides in Sofia, where she is part of Cat Shot Tattoo Shop’s team.

From an early age, she finds an affinity for drawing, which she further develops during her school and university years. She finds her own style, where she creates a series of surrealistic illustrations mainly inspired by her imagination. After her graduation from Sofia University with a major in Fine Arts, she finds her calling in the exciting and progressive tattoo world. Her work is heavily influenced by styles such as Old School, New Traditional, and Watercolour. She prefers to make custom designs tailored to the client’s vision. She likes to work with colors, though inspired by black and gray projects in which she implements the “dot work” and “paper shading” technique. She takes part in the “CandyCherep” project, where she paints over gypsum casts of skulls, much like in the Mexican Santa Muerte tradition.

Bibilyana owns a t-shirt brand. Her designs are a little weird, colorful and nontraditional. Still, they are great for ypurself or a close person. You can find the t-shirts made by Bibilyana in the Cat Shot Tattoo Shop studio, located at 4 Khan Krum Street . 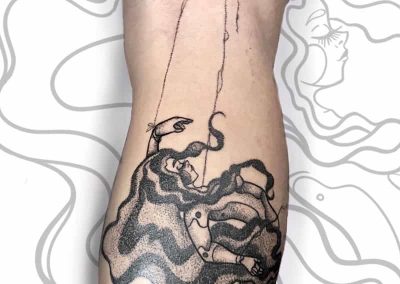 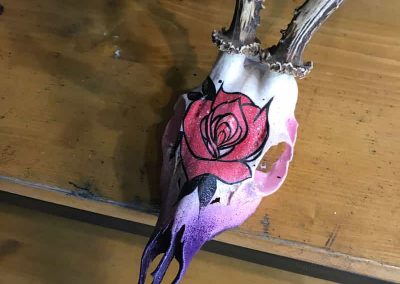 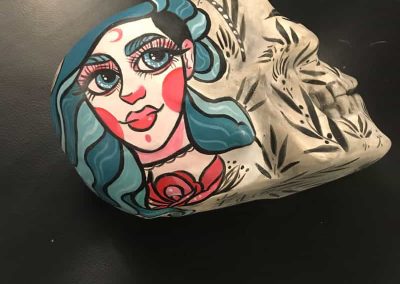 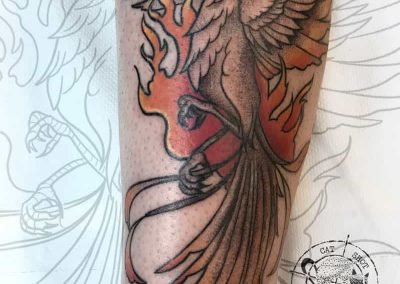 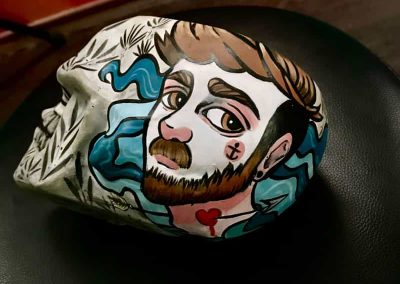 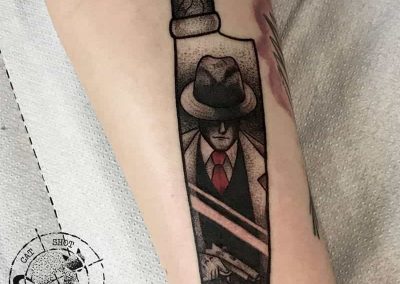 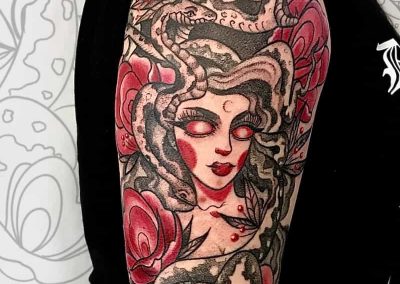 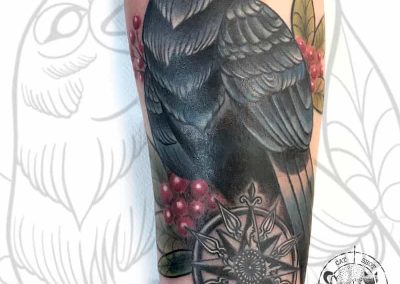 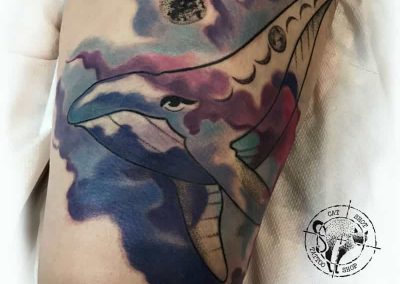 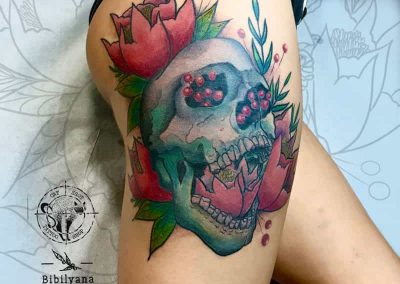